Abraham Benjamin de Villiers talks us through his life and career in his autobiography. In the first few chapters, he introduces us to his family, his parents and two brothers. He explains the time he spent with his elder brothers and their friends on the gardens of their house on Mentz Avenue in Pretoria. He humbly acknowledges the raging which he went through, doing his boyhood years from his brothers and their friends. He speaks about each of the people who helped him develop the temperament of a sportsman. Special mentions go to his mother, who trained him to in tennis.

AB busts all the myths believed by his fans as disclosed by the media. He separated the fact from the fiction as he speaks about the games he played as a boy. He was into rugby, golf and tennis before taking cricket seriously during his school days. He went to a high school called Afrikaanse Hoër Seunskool, which he fondly calls Affies. This school is said to have played a huge role in developing his skill as a sportsman. Along with Faf du Plessis, he becomes a strong player in the school team of Affies.

He makes the tough choice of choosing cricket over the other games as a career. AB explains the dilemma clearly. He gives a match by match account of his feelings as he went through them before joining the national team of South Africa. He acknowledges the efforts of his team-mates Graeme Smith, Mark Boucher and Jacques Kallis in developing him into the player he is today. He gives a detailed account of the time he spent with each of these individuals, whom he considers as key people in his career.

The book is filled with dressing room experiences. It gives the reader a clear account of what goes through the mind of a world-class cricketer, who represents his country on a global stage. He gives a year on year account of the tournaments he played for South Africa. He explains his role in the team captained by Graeme Smith. He explains the heartbreaks he felt when the team lose out in knockout matches in ICC tournaments such as the World Cup, T20 World cup and ICC champion’s trophy.

Things in his life change drastically when the Indian Premier League kicks off in India. He eventually explains his role of being one of the top three along with Chis Gayle and Virat Kohli in the team of Royal Challengers Bangalore. He expresses his gratitude to all the crowds in India which chant his name ABD! ABD! when he comes out to bat. He speaks with his heart to all the fans who have cheered for him , especially in Bengaluru.

He goes on to speak about his love life with his wife Danielle. He flew her from Bengaluru to Agra just so that he could ask her hand in marriage in front of the Taj Mahal. He acknowledges the beauty and kindness of the Indian people which he believes to have been played a key role in his life, both personally and professionally in the chapter –“Inspired by India”.

AB then expresses his frustrations when his team misses out on chances to win the World Cups of 2011 and 2015. He narrates the way he motivated his team towards the task ahead. He has expressed the humiliation he faced when answering tough questions asked by the media every time he had to face them after a defeat at the global stage. It makes for an inspirational read

AB the Autobiography is definitely a must-read for every fan of cricket. I must say it is a very honestly written book. The cricketer manages to connect personally with the reader and does not fail to inspire. If one is able to go through the dry areas of the book where he speaks about the tournaments he played, this book would not fail to inspire you. It teaches you leadership and persistence for sure. It also gives you a firsthand experience as to how AB dealt with failure as a captain. It’s a book that will touch your soul for sure. 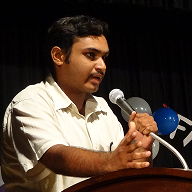 Get this book at Amazon Now!

Open My Book is a book sharing and book rental app. We rent books at just Re 1 per day ! Download the app now from the Google Play Store to get books of your choice. Also, lend and borrow books from other users within the app. View all posts by open my book